Join the resolution revolution: the secret to keeping your promises and achieving real change 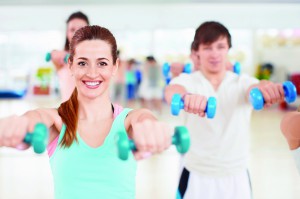 In the first four weeks of the year, I worked out five days, four days, five days, and three days. My resolution was working.

Then one week, all manner of obstacles kept me from the gym. I worked out once. The following week was similarly difficult, and I only made it twice. On Sunday of that sixth week of the year, I was dejected. I had failed, and after all, it wasn’t a surprise, my sneakers taunted me from the gym bag, what made me think that I would be able to change my habits, anyway?

I allowed that feeling of failure to keep me out of the gym for months, and I wasn’t alone. Maybe you have a similar story about a resolution to work out or to lose weight or to quit smoking or to eat healthier. The list of the most commonly broken resolutions looks pretty familiar to many of us.

Why do we break our resolutions? Is it because people are inherently lazy?

We break our resolutions because we misunderstand how change happens. In their book Switch: How to Change Things When Change is Hard, Chip and Dan Heath explain that the relationship between human emotion and human will or reason is akin to an elephant (emotion) and its human rider (will): the rider does have some control, but if the elephant decides it wants to go somewhere, there’s not a whole lot the rider can do.

Our broken resolutions were written thinking that the rider alone could control things—and when he can’t we accuse him (ourselves) of being lazy. But all too often, it is the elephant who derails change. It was for me. If a resolution is worth making—if it represents real change—it should be crafted so that it keeps the elephant and the rider both in mind.

I thought I had written a do-able resolution because I set a range of success instead of a single point (three – five workouts per week). But when I only made it to the gym once, by my own definition of success, I had failed. My elephant does not like the feeling of failure. In fact, she dislikes it so much, she was able to override the rider on what I knew was good for me.

But here’s the thing: I didn’t fail the week I only made it to the gym once, I succeeded once. If I had been able to reward my elephant with the feeling of success instead of failure, I would’ve been much more likely to stay on the path the rider had chosen.

With his Identity-Based Habits, writer James Clear gives the guideline for goals that appeal to rider and elephant. He recommends we craft our goals not based on the performance or appearance or even behavior change we’re trying to make, but based on the kind of person we would like to be.

“Want to lose weight?” he asks, “become the kind of person who moves every day.” When we think of our goals this way, we make every small action a win. In Clear’s example, every time you take the stairs instead of the elevator, you’re achieving your goal. The wonderful corollary is that the appearance goal (losing weight) will naturally follow as you change your habits and change your identity.

By working to “become the kind of person who,” we give our elephant small wins to feel good about. In my case, if my resolution had been “I want to be the kind of person who makes time for the gym,” the one workout in that tough week would still have been a success for me. I would’ve stayed on track and returned to the gym the following week. I would’ve achieved the health, stress-relief, and weight-maintenance goals that were driving my desire to go to the gym in the first place.

So as the New Year approaches, maybe it’s time for a new question. What kind of person do you want to be?

I still want to be making time for the gym. In fact, I want to be the kind of person who makes time for herself, in general (that way, those days I only have the energy to sit in the sauna, it’s still a win!).

Tracie Guy-Decker is a freelance writer and artist. She and her husband, a Navy Chief, and their almost-three-year-old daughter share their home with two misbehaved dogs and a six-toed cat. She can be reached at tracieguy@gmail.com.