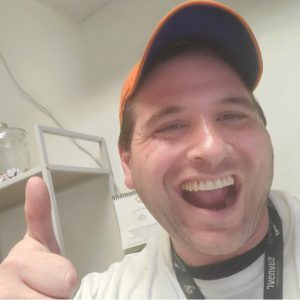 Dave has been a camp director or assistant director for 10 summers and has spent many more as a camper, CIT, counselor, specialist, and program leader. Dave enjoys dressing in costume, the car pick-up line, making anything into a song or cheer, and generally just being loud. Dave’s favorite parts of camp are the silly organic moments, the planned and spontaneous activities alike that campers talk about all year, and seeing the tremendous growth of campers and their families day to day, week to week to week, and summer to summer.

When not at Camp JCC, Dave enjoys playing guitar, singing karaoke, and cheering on the Jacksonville Jaguars, New England Patriots, and Florida Gators. 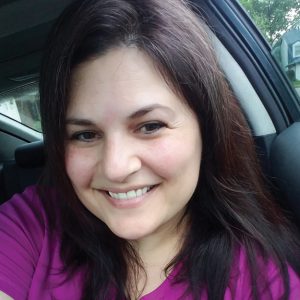 Sarah Cooper is the Camp JCC administrator, in addition to her other UJFT/Simon Family JCC roles. She has been with the Simon Family JCC for more than three years and previously served as an educator in public schools. Sarah is especially excited for camp this year because camp is a special place for children to learn and practice social skills. She loves how this learning takes place with so much excitement and energy that it does not feel like learning. Sarah also loves to see the friendships that form as campers get to know each other throughout the summer.

When not at camp, Sarah enjoys playing volleyball, going on road trips, and spending time with friends and family. 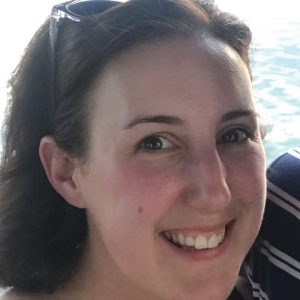 Sierra has been an informal and formal Jewish educator for more than a decade.

This will be Sierra’s third summer working with a JCC summer camp. She discovered the magic of camp as a second grade unit head, and loves seeing that magic reflected in her own children’s eyes.

When she is not at camp, you can find her doing yoga, or having fun with her husband and two children at the beach or on a road trip to Pittsburgh to visit their extended family. 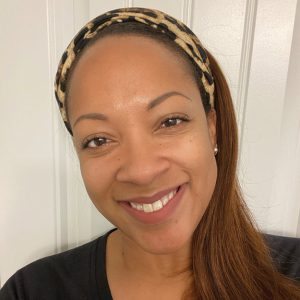 Lavette is the new Head of Camp Katan and serves as a lead toddler teacher and sundown program coordinator for grades 1–4 at Strelitz International Academy. This will be Ricks’ third summer as a part of Camp JCC. She particularly enjoys the morning’s Boker Tov and arts and crafts. She is also very excited for the resuming pool activities and is looking forward to swim lessons and campers’ time in the pool. Lavette has also appeared twice on the local news and does not have a favorite color.

When not at Camp JCC, Lavette enjoys traveling and has been to 12 different countries. 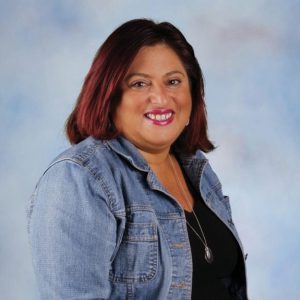 Elyssa has previously served as director of Lower Camp and will serve this year in a consulting capacity. When her promotion was announced, Elyssa said that, even though Lavette Ricks is an amazing camp leader, she could allow herself to not be a part of camp. Elyssa has been involved with Camp JCC for 10 years and she enjoys the spirit and is excited for people to simply be together.

When not at Camp JCC, Elyssa enjoys boxing, reading, the beach, and cooking new things. 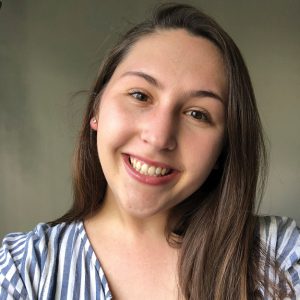 Kate-Lynn, a special education teacher’s assistant at Sheldon Park Elementary School and an ODU student, will take over as the head of Camp Gadol. Kate-Lynn has been a part of Camp JCC and JCC Kids Connection for five years. Her favorite part about camp is the campers and struggled with how “weird” it was for us not to be together at camp last summer.

When not at Camp JCC, Kate-Lynn can be found on the beach or cooking for family and friends. 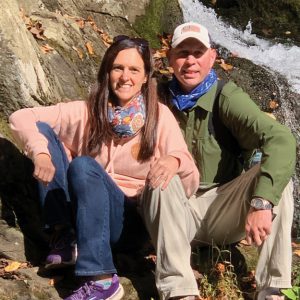 Chris, a teacher at Granby High School in Norfolk, resumes his role as specialist coordinator this summer. Chris has been a part of Camp JCC for more than 20 years and even met his wife at camp. Aside from being able to teach his passions and hobbies, he loves how everything is in motion at camp. This past summer he missed the sense of camaraderie and is looking forward to that again, especially at Shabbat. At camp, he can be found teaching art, fishing, and occasionally, surfing.

While not at camp, Chris also enjoys kayak fishing.

Michelle, a licensed clinical social worker at Jewish Family Service (JFS), serves as Yachad Inclusion Program coordinator. Michelle has been with Camp JCC for more than 20 years and even met her husband at camp. Michelle enjoys the songs, the excitement, and especially the ruach and energy that happens every day at summer camp. Camp JCC brings out the individuality and creativity in every child and she loves seeing friendships form and rekindle each summer. At camp, in addition to supporting all of the campers, Michelle might be found at the pool or spontaneously teaching yoga.

When she is not at camp, Michelle enjoys running, hiking, stand-up paddle boarding, kayaking, and being in the great outdoors.