The Holiday of Shavuot 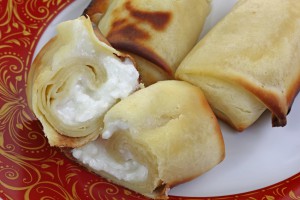 This year the holiday of Shavuot (pronounced sha-voo-ote) begins at sundown May 14, and continues through Thursday, May 16.

The name of the holiday means weeks and it comes at the end of a 7 week period of counting beginning at the holiday of Passover. Sometimes the holiday is actually called “The Festival of Weeks”.

Shavuot is one of a group of three major holidays mentioned in the Torah (The Five Books of Moses). The three holidays are Pesach (Passover), Shavuot, and Sukkot (The Festival of Booths).

Originally, Shavuot was an agricultural festival. On Shavuot the people brought their first fruits of the harvest as an offering to the Temple in Jerusalem. The Temple was the main location of worship in ancient times.

Later, tradition attributed another meaning to the holiday; that Shavuot was the time when God gave the Torah to the Jewish People. The Torah is seen as the “constitution” of Judaism. The Torah and the interpretations of the Torah by Rabbis through the ages is our guide as to how we should live our lives.

How is Shavuot celebrated?